The Heart of Texas Healthcare System is a 25-bed Critical Access Hospital located in Brady, Texas. The hospital features a wide range of services to meet all of your health care needs. In addition to the hospital, we offer a DME store, Rural Health Clinic, a Geri-psych unit, and more. We are here to serve you. Quality is the cornerstone of everything we do. In the early 1970s, the McCulloch County Hospital Authority was formed. The Authority was a political subdivision of the State of Texas and a not-for-profit, non-taxing, hospital provider. The Authority Board rallied the community to support building a new hospital facility and by 1973 Brady was home to a new healthcare facility. From the 1970s into the late 1980s, the hospital prospered and provided care to the residents of McCulloch County and surrounding areas. In 1989, due to reimbursement changes and increasing county indigent healthcare expenses that were the responsibility of the local Commissioners Court, a hospital district was formed. This removed the financial burden for the county's indigent healthcare program from the Commissioners Court and the newly formed District was allowed to levy a tax to help offset indigent healthcare expenditures. In 2004, once again due to detrimental reimbursement changes made by Medicare and Medicaid, the hospital district board had the foresight to license the hospital as a Critical Access Hospital (CAH). The CAH designation provided cost-based reimbursement to the hospital for services rendered to Medicare and Medicaid recipients. This designation also prompted the district board to begin talks of renovation and expansion of the early 70s physical structure. This was a progressive endeavor as the existing facility had suffered much depreciation, dilapidation, and estimates to repair were greater than 50% of the cost to build a new patient care area. This project utilized the existing facility for various support services through renovations of the former 1970s facility. This was financed with a USDA loan guarantee with the cooperation of local banks. The debt of the new structure and associated renovation costs were financed with revenues derived from operations that did not require an increase in district property taxes, nor a general obligation from the property owners. The new facility opened in early 2012, and the outpatient dialysis center began serving residents in early 2014. 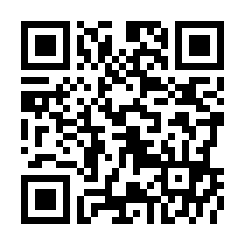 We love Customer feedback so please toss us the number of stars you think we deserve and a short note if you like. If you are unhappy please include your phone number. Thank you very much.
140 characters left.